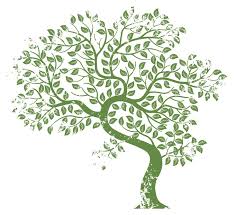 I have been closely tied to this topic for 14 years now. With each new pregnancy every other year, I gain between 40-70 lbs. After each baby then, I lose all of it. This has not always been easy for me. The first 3, the weight came right off with no problems (with nursing, not exercise). The last 5 have been quite different. Each one was not always the same problem of why I couldn’t lose weight either. Through each experience though, I have researched, prayed, and learned more about how to heal my body completely and wholly so that it can do as it was designed to do – maintain a healthy weight.

Our bodies were designed to desire to maintain a homeostasis. They want to be at a reasonable weight for many reasons. I believe that achieving that weight is not the major goal. If the body is healthy, strong, and clean, it will naturally shed those unwanted pounds. So the true goal then is to become truly healthy so that the body will function optimally, with weight loss as an added bonus.

Many factors influence the metabolism of stored fat. There isn’t a fad diet out there that is going to work for the duration of a life time. The only true way to achieve lasting weight loss is through a real foods, nourishing lifestyle. Toxins out and nutrients in. The basic and simple premise of how we become healthy. Weight loss is not only controlled by the thyroid, but also by the hypothalamus, the pancreas, the liver, the lymphatic, the small intestines, and most importantly the colon. Each part contributes particular enzymes, chemical responses, messages, and many other specialized functions that all work together to create the optimal metabolic processes.

On my 4th baby, I realized I had problems with my thyroid. After incorporating some barley grass juice and iodine, the weight came off after a few months. 5th baby came and along with her my lymphatic had grown sluggish (due to toxic overload). I then added some skin brushing and Lemongrass essential oil along with the other supplements I was taking. After several more months, the weight finally started to come off.

The 6th baby was a little trickier. The iodine I had taken before no longer was working. I started on a sea vegetable extract instead (Pure Herbs’ TW). By this time, I was full on in a WAPF style, real foods diet. I did not, however, realize that I had developed Leaky Gut Syndrome. This problem alone gave way to many other issues. Since the small intestines was now letting anything and everything through, I slowly developed colitis issues, low blood sugar/pancreas issues, parasite overload, and toxin overload.

The weight had barely come off after my sixth when I became pregnant again. It was at this point, God led me to a WAPF conference in Georgia, where I was blessed to hear Liz Lipski speak on Leaky Gut. I also discovered Moringa at this conference. I was so excited about the new information. I felt like God had given me a key to unlock the next phase of my healing.

I started on the GAPS diet right away. Working closely with my naturopath, we monitored my progress and used Essential Oils, probiotics, moringa, and cod liver oil to heal my LGS. I was in my second trimester of my 7th pregnancy at this point, so I was careful as I went about healing. Even while pregnant though, I was healed of LGS in 3 months time. I still had a host of other problems to deal with, of which I was unaware.

I began healing and detoxing from the parasites, toxins, and such gently while nursing. Using activated charcoal and bentonite really helped with those. Finding out that I had low blood sugar and that my pancreas had been compromised, I began also on a sugar free, high protein diet as well to heal the pancreas. I used Orange Essential Oil on the pancreas twice a day. I also continued my other supplements. The most weight I had ever gained was during my 7th pregnancy. Having a weak pancreas and not knowing it had packed on about 75 lbs! Had I known, I would not have been eating sugar or drinking fresh milk. But alas, it was all for a purpose – to learn and share.

With the last baby, I developed major digestive issues. I tried everything to remedy this! Swedish bitters, food enzymes, raw apple cider vinegar – anything I could think of. However, it was not until after baby 8 was born that I realized all those digestive issues I had were colitis problems. Using the Comfrey Healing Salve, doing a colitis diet, using essential oils and utilizing a bio-feedback system to help identify and correct all the various issues helped heal the colitis. Joey is now 8 months old and I am completely healed of all the colitis issues. Praise God!

It has been a long road and I am not there yet, but God has been with me. Without His constant leading and guiding me to the right people, the right places, the right herbs, oils, and such, I would not have been able to heal naturally. The story is not over yet, but hopefully now that the colitis is healed, I will finally lose the rest of this baby weight.   No matter the amount of exercise I did, the weight I gained during each of my pregnancies did not seem to come off naturally as when my body had healed of its issues. Because I am usually nursing, I am not a fan of calorie restriction or heavy exercise – both of which would compromise my milk supply. Happily though, I have not had to do either to lose the baby weight. When my body was nourished and healed enough, it comes off naturally. Not to say I am not a fan of being active – I have eight kids, mind you. But I do believe the body will work the way it was designed when we nourish and detoxify it. God is an amazing designer!

View all posts by Gina

Lovely to meet you